I have attached an article that my friend Will attached to a previous post.  This article is on the Maldives and how they are facing a similar problem with rising waters.

As for Kiribati, sea walls are now a common thing around peoples houses.  I remember going there when I was four and the sea was close but a nice ‘oh lets go out for a paddle in the water and learn how to swim close’.  Now at high tide it’s more like ‘Hey, lets stand at the kitchen sink, throw a line out the window and catch tonight’s dinner’ close.  Although this is handy for those lazy sods out there that want to catch fish while doing the crossword in bed, it’s a very scary thing. The tiny bit of land that not only Kiribati but every other small island nation out there in the world is getting smaller. Surely building higher sea walls isn’t a long term answer.

Now that I’ve had my rant (I’m trying not to turn this into a daily thing, but it’s so tempting!) I thought I’d chuck on some lovely photo’s of Kiribati. 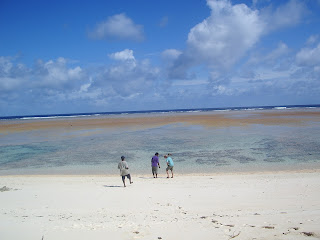 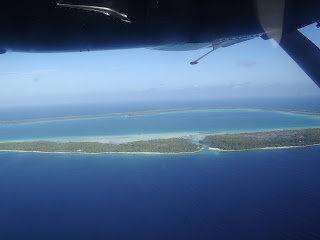 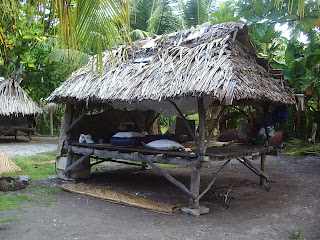 These are from my parents last trip over there.  I think it was in 2009.  It really is a stunning place.
Thanks for all the positive response guys. Especially those who have made me feel like I’m really intelligent even though I’m just an islander girl confused about climate change.  I’ve really fooled you all by starting a blog about something I don’t know a lot about!
Oh and to help a friend out – Kiribati is pronounced Kiribas.  Roll the ‘r’ and the ‘ti’ in the Kiribati alphabet makes an ‘s’ sound.